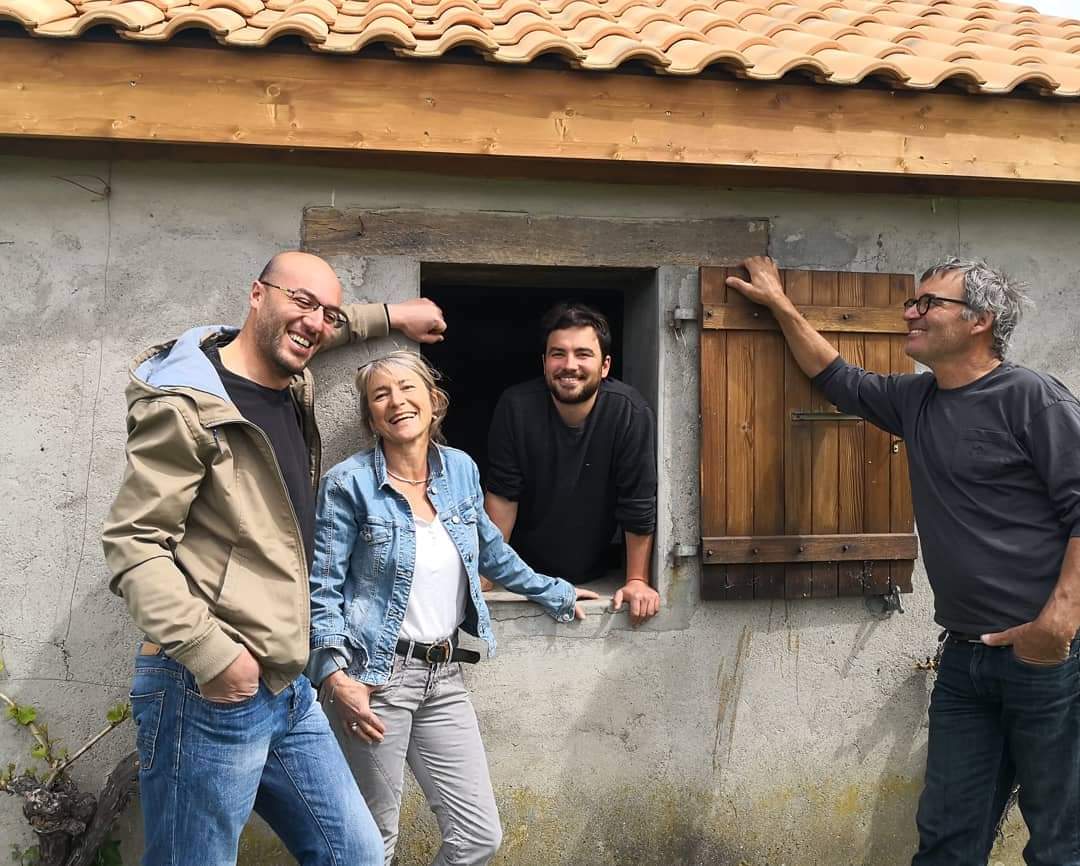 Domaine du Chambet is all about nature: named after the small stream that runs along their vineyards, it is located on the left bank of Lake Geneva, abutting the border of Haute-Savoie, France, where sunlight bounces off the Alps and shines down on the grapes. The family has been farming crops on the estate since 1921 but the winery wasn’t established until 1987 when Marion and Gérald Fonjallaz decided to bottle the juice from the grapes they cultivated.

In 2017 they handed over control to their son, winemaker Anthony Fonjallaz, who’s taken the nature-driven approach to a new level. In addition to organic faming, Anthony embraces the idea of minimal intervention winemaking. He brilliantly combines ancestral family know-how with new natural inspirations by splitting the estate’s offerings into two lines: “Les Reserves,” with more classic cuvées, and his own personal “Les Cuvées Libres”, where the originality and spontaneity dominate.

Organically-grown Chasselas grapes are fermented using indigenous yeasts in stainless steel vats and undergo malolactic fermentation. The result is a subtle nose composed of a citrus fruit and floral aromatics. Fresh minerality and a slight fizziness hits on the palate, giving away to a supple mouthfeel and a nice, dry finish. This is an approachable, familiar take on Switzerland’s most iconic wine.

This goes with any of the classic melted cheese dishes of Switzerland (fondue, raclette) with which this wine is traditionally paired, but it’s also a great aperitif!

The Chasselas grapes for this wine are sourced from the single “La Merlinge” plot in Geneva, which are the first to be harvested and brought into the winery each year. The yeasts naturally present on these grapes act as a “starter” indigenous yeast for the fermentation of each subsequent white wine from that vintage.

This atypical  Chasselas has an expressive nose and feels rounder on the palate due to being aged in oak, while still maintaining Chasselas’ signature saline and sparkling mouthfeel. Minimal added sulfur means that this wine can develop some unique “natty” wine qualities upon opening. A truly fun wine.

It’s no coincidence that Geneva and its surroundings lie on the exact same latitude as some of Beaujolais’ most acclaimed cru vineyards. Both regions produce excellent Gamay wines.

This is a great example of Swiss Gamay – dark violet in color, fruity with round tannins and very pleasant savory, herbal notes on the palate. It has a rich and juicy structure which makes it an excellent wine to drink on its own. If you haven’t tried Gamay from Switzerland before, this is a really solid example.

Like its natural Chasselas counterpart, this organic Gamay is sourced from the “La Merlinge” plot outside Geneva and acts as the “mother yeast” of all reds produced at the winery. Vinified with indigenous yeast and without sulfur until bottling, this crunchy, smoky and expressive Gamay is vinified in whole bunches then aged in 3 old oak barrels for several months.