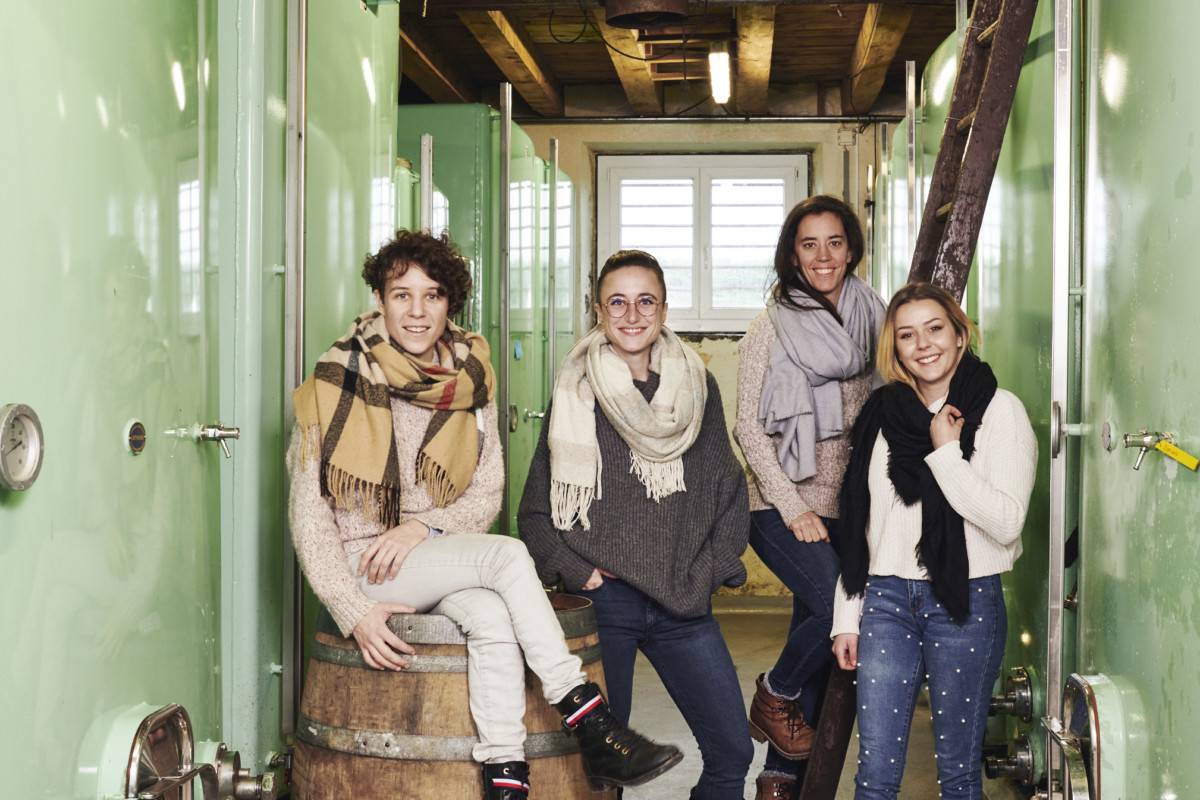 Domaine Henri Cruchon lies in Vaud, a region in Switzerland situated at the crossroads of several European cultures. From the Romans cultivating ancient varietals along the Alps to post-Phylloxera vines coming from neighboring Burgundy, this area has some of the oldest vineyards in Europe with a unique terroir that families have farmed for generations.

Coming from a line of winemakers, Henri Cruchon founded the domain in 1976. Together with his sons, Michel and Raoul, the trio, supported by their respective wives, Denise, Anne and Lisa, rapidly expanded their activities, including the conversion to biodynamic practices.

Catherine Cruchon, the eldest daughter of Lisa and Raoul joined the Domain in 2010 as an oenologist. She has since launched a line of natural wines under the #Lesfillesvinifient label, roughly translated to #thegirlsmakewine, as a shout-out to the next generation of the Domaine, which will be entirely female.

Instead of using the conventional methods commonly used to grow and vinify Chasselas, the most widely-grown varietal in Switzerland, the Initié Nature represents a new wave of winemaking in Switzerland. The grapes are farmed biodynamically to highlight the terroir and is vinified with minimal intervention. No added sulfur allows the true enticing characteristics of the Chasselas grape to come out, along with a light fizz and slight cloudiness from the lack of filtration.

Chasselas is the traditional wine pairing with all melted Swiss cheese dishes: fondue, raclette, etc. It also works wonderfully as an aperitif wine.

Altesse is a classic Alpine varietal that is normally grown across the border in the Savoie region of France. Made with biodynamic grapes and without added sulfur, filtration or fining, this was the first natural wine produced by Catherine Cruchon. It has a naturally golden hue with a bit of cloudiness that belies the great acidity and minerality within. Exotic aromas and flavors make it an ideal pairing with a range of ethnic cuisines, as well as vegetarian dishes!

Orange wines remain very uncommon in Switzerland. Winemaker Catherine Cruchon has taken on the opportunity to experiment with the many varietals she grows on the Cruchon estate to produce an orange wine she calls Omnis, the latin word for “all” or “everything,” in reference to the maceration on the skins that the wine undergoes for its beautiful orange hue.

A mix of Gewürztraminer, Altesse and Sauvignon Blanc creates a wine bursting with floral aromatics and a long, appealing finish. An incredibly approachable take on skin contact wine from grapes grown along the shores of Lake Geneva, this is a special bottle of wine that deserves to be experienced.

A traditional red blend exists in Switzerland called Dôle, which consists of Pinot Noir and Gamay. Once again, Catherine Cruchon takes traditional and gives it a natural twist by taking her biodynamically-grown grapes and fermenting it using indigenous yeasts and zero added sulfur, creating a “crunchier” take on the emblematic Swiss red blend.

Crisp aromas of red fruits and sour cherries with a slightly peppery finish combines with a rich, fresh and fruity palate to produce a surprisingly drinkable red wine that can even be served chilled.